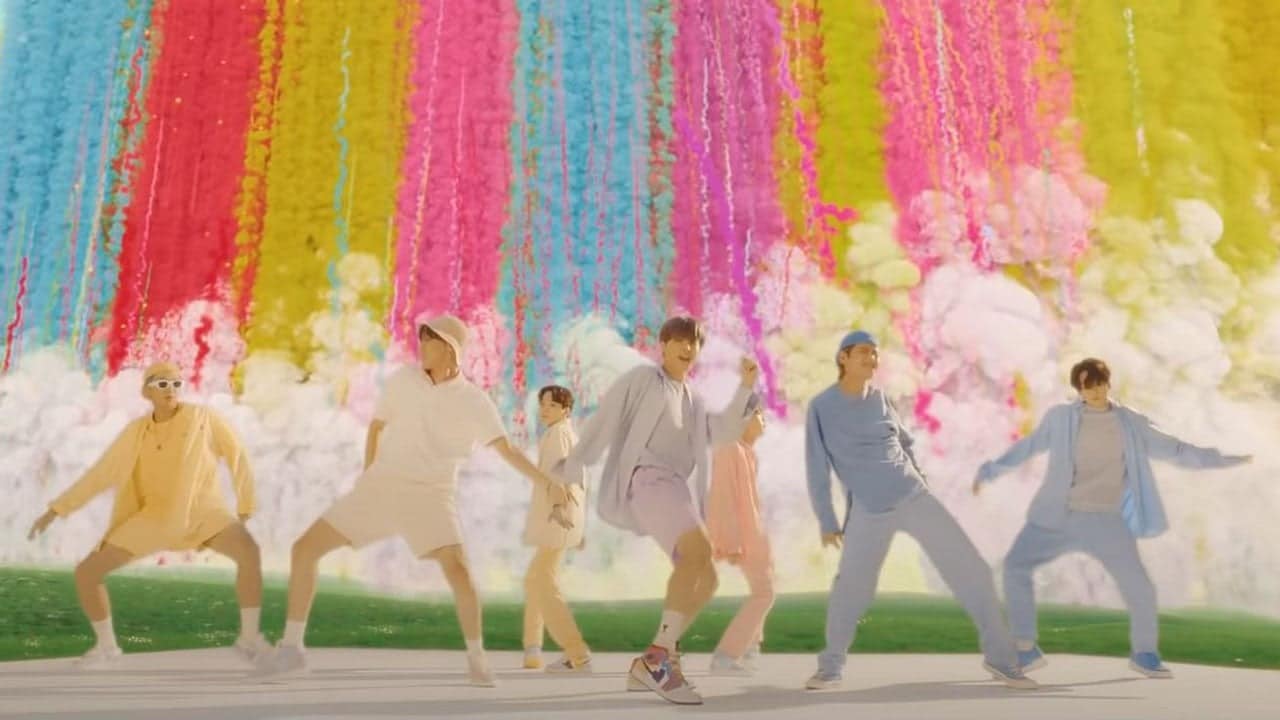 BTS Dynamite and its music video is breaking music records. The new disco pop song was released on August 21, 2020 and fully recorded in English. Currently, the Dynamite MV holds the record with the most viewed video in the first 24 hours of release on YouTube. It was over 10 million video views! Now it’s crossing over 450 million video views!

According to the Billboard Hot 100 chart, it became the group’s number one single in the U.S. It held this number 1 spot for two weeks. BTS is the third band in history to release a single at the top spot, followed by Aerosmith’s I Don’t Wanna Miss a Thing and the Jonas Brothers’ Sucker.

Also, BTS Dynamite has over 30 million total US on-demand streams. On Spotify, there were over 7 million streams when it first debut.

It’s amazing how far the group has come. There have been many Kpop groups and solo artists such as Wonder Girls, CL, and others trying to break into mainstream American music. BTS have so many global milestones and achievements. Congratulations BTS on this achievement! Are you proud of them too?

Buy our cute Dynamite hoodies and shirts! We offer worldwide shipping and unisex sizing for all merch!

When is BTS Next Comeback?

BTS’ next album BE is coming on November 20. This will be the band’s ninth album. The members said they are more involved in the making of this new album. We love how the members are writing and recording their own songs even deciding the concept, jacket photos and styling. Are you excited for it?

Tell us what your favorite BTS song or album has been so far!